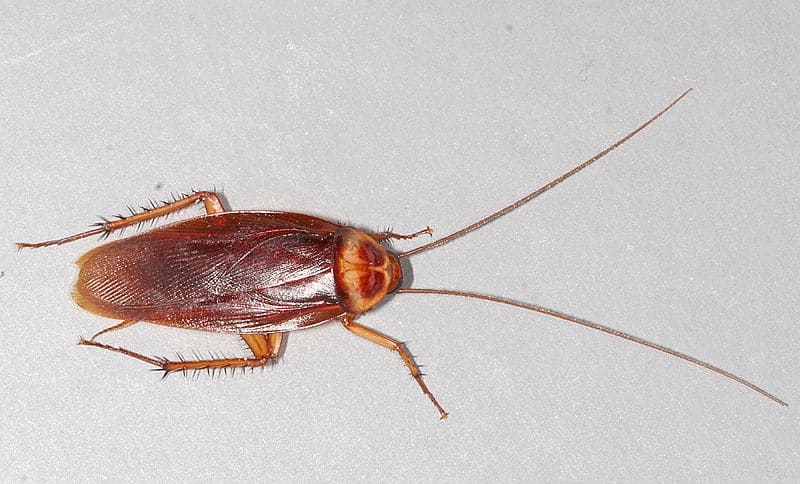 Recognition: Adults about 1 3/8"-2 1/8" (34-53mm) long. Color reddish brown except for a submarginal pale brown to yellowish band around edge of pronotal shield. Last segment of cercus at least 2 times longer than wide. Both sexes fully winged with wings of male extending beyond tip of abdomen whereas females do not poor to moderately good fliers.

Habits: Although American cockroaches are found in residences they are much more common in larger commercial buildings such as restaurants bakeries grocery stores food processing plants hospitals etc. where they usually infest food-storage and food preparation areas basements and steam tunnels. During summer months they can be found outdoors in yards and alleys. In the United States this is the most common species found in city sewer systems.