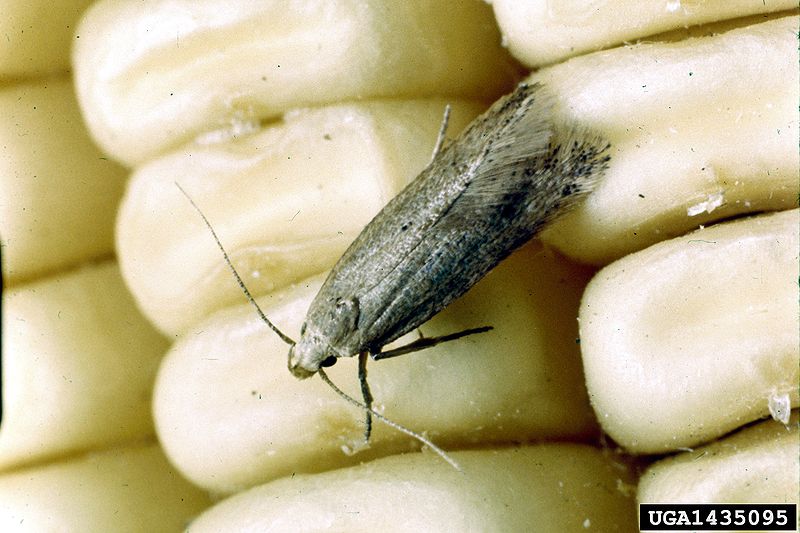 The Angoumois grain moth is so named because it was first reported destroying grain in this French province. It is of worldwide distribution and was introduced into North Carolina in 1728 from Europe. In the United States it is considered second only to granary and rice weevils as a pest of stored grain.

Adults cause no damage. The larva requires a whole kernel or caked material for development. This pest is active at low temperatures and can cause considerable damage during the winter. Infested grain has a sickening smell and taste which makes it unpalatable. The moths leave a lot of debris on top of infested grain. Adults are attracted to light.