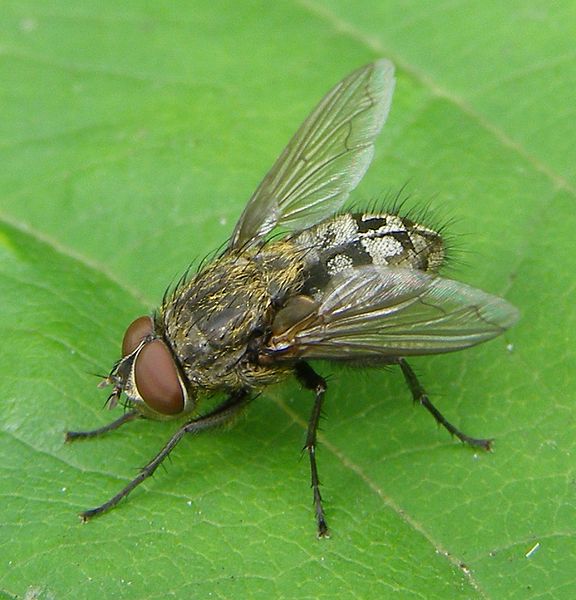 Introduction: This species gets its common name from its habit of forming compact clusters of hibernating individuals commonly in wall voids or attics. It is widely distributed in Europe Canada and throughout the United States except for those states bordering the Gulf of Mexico. Specifically cluster flies occur wherever their host earthwormAllolbophora rosea(Savigny) occurs which is usually in a well-drained silt-loam soil with grass cover.

Habits: As days shorten and the weather cools cluster flies often enter structures to overwinter sometimes traveling more than a mile to do so. They usually occupy attics and/or the between-wall voids of walls which receive the most sunlight usually the south and possibly the east or west walls. Typically they use the same structure year after year. They do not multiply within structures.