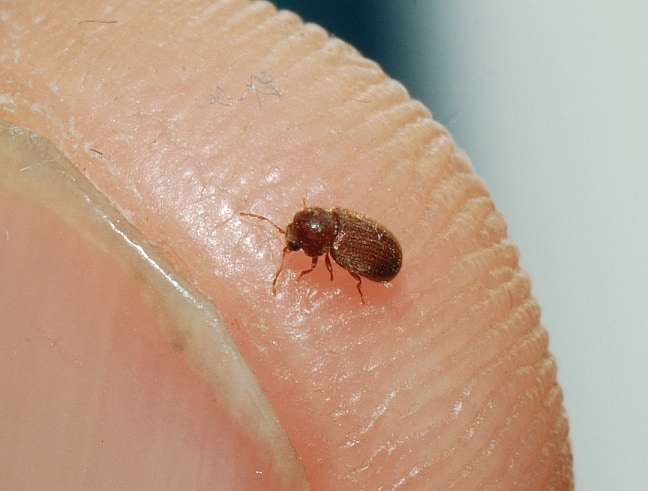 The drugstore beetle apparently got its common name because of its being a serious pest of stored herbs used as medicine in early apothecaries or drug stores. Its distribution is worldwide.

Adults about 1/16"-1/8" (2-3.5 mm) long. Color reddish brown to brown. Antennae clubbed club of 3 elongated and broadened segments. Punctures or pits on elytra (wing covers) arranged in longitudinal rows. As typical of anobiids head and prothorax bent downward making head barely or not visible from above and giving beetle a strongly humped appearance.

The drugstore beetle attacks a host of items that include any household food and spice as well as such things as drugs hair horn leather and museum specimens. Most commonly attacked are bread flour meal breakfast foods and condiments such as red pepper. It is also a pest of books and manuscripts. Adults can fly and they are attracted to light.