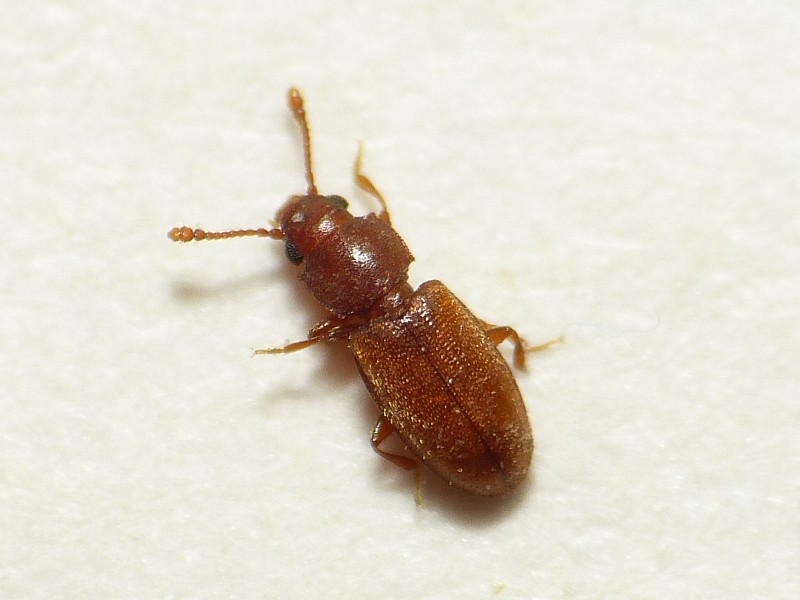 The common name of grain beetle probably comes from this beetles association with grains and that of foreign possibly because at the time of its discovery it was recognized as being an introduced species. Although occasionally abundant the foreign grain beetle is of minor economic importance because it is a pest of damp and deterioration stored product materials. The foreign grain beetle is found worldwide and throughout the United States.

Foreign grain beetles are scavengers feeding on plant and animal debris and the fungi which grows on such materials. It is attracted to damp and moldy grains where it feeds on the grain fungi and dead insects and mites associated with the grain.