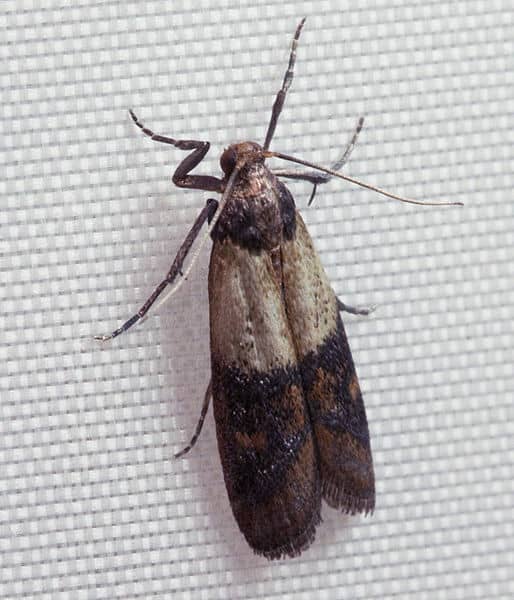 I the copyright holder of this work release this work into the public domain.

The Indian meal moth was given its common name by an early American entomologist (Asa Fitch) who found it feeding on cornmeal (Indian meal). It is probably the most important and most commonly encountered pest of stored products found in the home and in grocery stores in the United States. Of Old World origin it is now found worldwide.

The adults cause no damage. The larvae are surface feeders and generally produce a lot of webbing throughout the infested part of materials. They are general feeders and attack grain and grain products a wide variety of dried fruits seeds nuts graham crackers powdered milk biscuits chocolate candies dried red peppers dry dog food and bird seed.