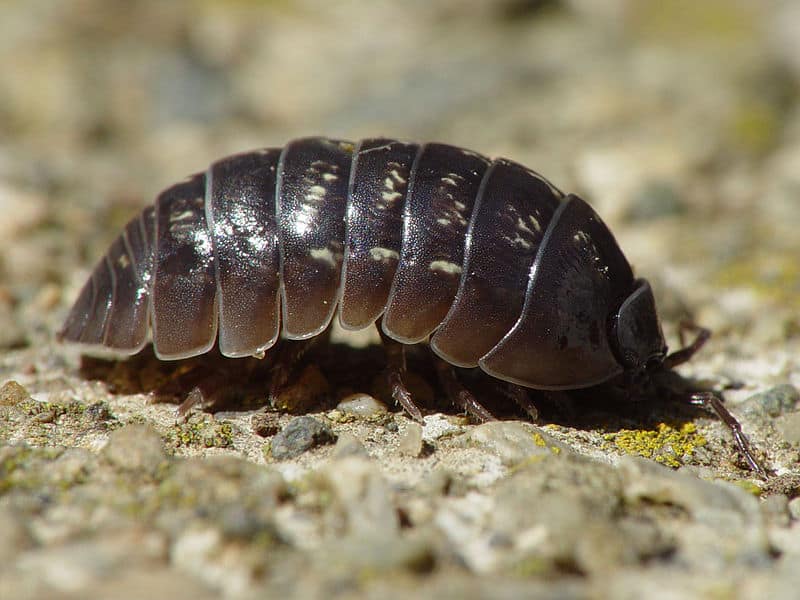 Pillbugs are sometimes called roly-polies and get this common name because they roll up into a tight ball when disturbed. These land-dwelling crustaceans are arthropods but not insects. They are worldwide in distribution. In the United States the most common species is Armadillidium vulgare (Latreille) which is in the family Armadillidiidae it has worldwide distribution.

Pliibugs are inactive and remain hidden under objects during the day to reduce water loss. During the day they can be found around buildings in such places as under trash boards rocks flower pots piles of grass clippings flower-bed mulches and other decaying vegetation.