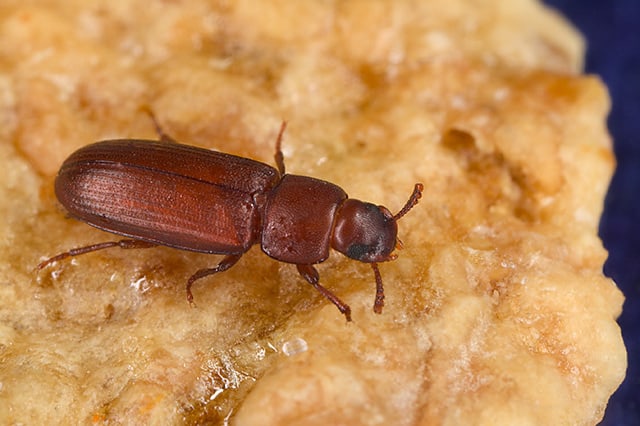 This image is in the public domain because it contains materials that originally came from the Agricultural Research Service the research agency of the United States Department of Agriculture.

The red flout beetle gets its common name from its coloration and its habit of infesting flour. It is one of the most important pests of stored products found in the home and in grocery stores. It is of Indo-Australian origin and now occurs worldwide in the warmer climates. In the United States it is found primarily in the southern states.

These beetles are unable to feed on whole kernels or undamaged grain. They have been recorded attacking grains. They have been recorded attacking grains and grain products fruits spices milk chocolate drugs snuff cayenne pepper and herbarium and other museum specimens. They are attracted to flour of high moisture content. Adults can fly and are attracted to light.