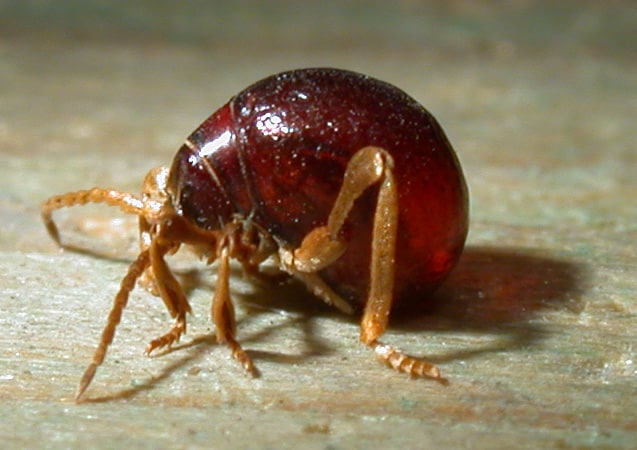 The common name comes from the spiderlike appearance of the adults of many species. Spider beetles are a minor pest of stored products and are usually an indication of poor sanitation practices. They are distributed worldwide but are more common in the temperate regions which includes the United States. About 50 species are found in the United States and Canada of which about 13 are pests.

Spider beetles are primarily scavengers with many soecies feeding on both plant and animal origin materials. They feed on broken grain grain products seeds dried fruits and meats fish meal wool hair feathers skins drugs roots rodent droppings insect and other animal carcasses and plant and animal museum specimens. They are especially attracted to moisture and to the droppings of birds and mammals.