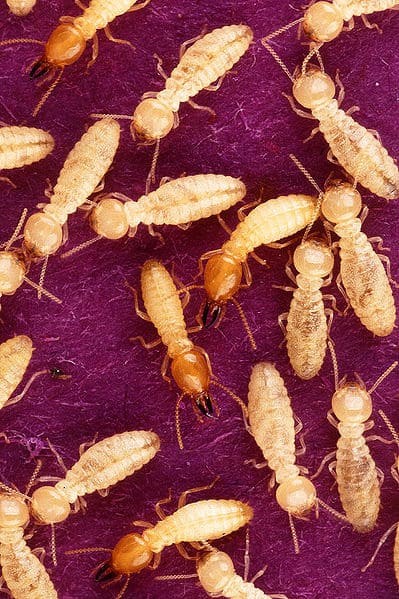 This image is in the public domain because it contains materials that originally came from the Agricultural Research Service the research agency of the United States Department of Agriculture.

Formosan termites have long been a pest in Hawaii first collected in 1896 but not correctly identified until 1905. They were first discovered in the continental stated in 1956 in Charleston S.C. then in Houston Texas in 1965 and the nest year in Galveston.

These are essentially the same as for the eastern subterranean termite. Formosans do have the habit of establishing secondary nests above ground if a constant moisture supply is available. Such a nest is made of a material called carton. It consists of soil and wood cemented together with saliva and feces. Such large nests typically cause walls to bulge. True aerial nests (never ground contact) are more often encountered than for the eastern subterranean termites but are not common.