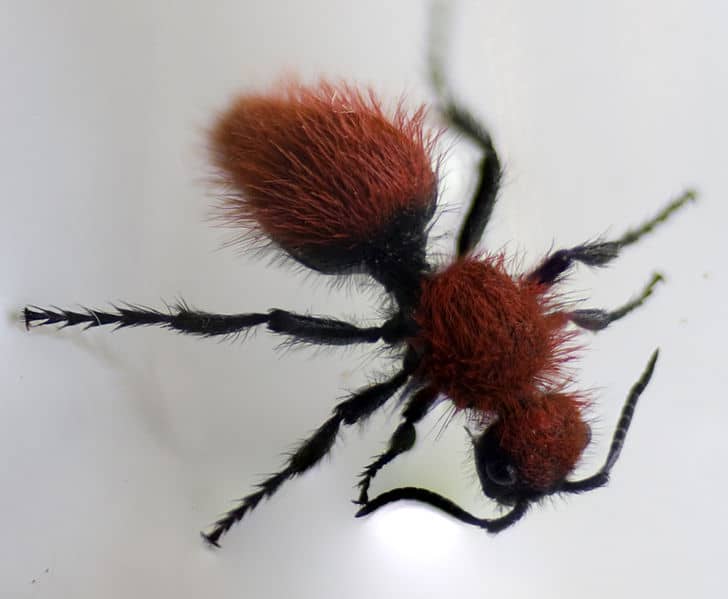 These solitary wasps get their common name from the very hairy females which are wingless often brightly colored and look very fuzzy. However they pack a very potent sting which has earned them the nickname of cow-killer and mule-killer. Various species are found throughout the United States.

Females are typically seen running somewhat erratically on the ground especially on bare or sandy areas such areas are favored by many ground-nesting bees and wasps. They will occasionally enter structures for insect prey observed in second-floor bathroom feeding on springtails (Collembola) by the senior author. Males of some species are often found on flowers whereas other are nocturnal.