Reliable Pest Solutions is the largest privately owned pest management company in the tri-state area of Missouri, Illinois, and Iowa. Founded in 1938. We are now in our fourth generation of family ownership and operation. Our name means “trustworthy and dependable.” We’ve been earning the trust of our customers by being dependable for more than 80 years. 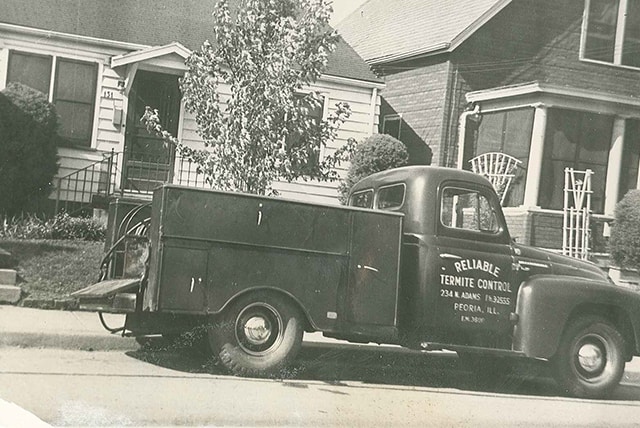 Reliable Pest Solutions began its life in 1938 “Reliable Termite Control.” The original business focused exclusively on the treatment of just one insect: Termites. At that time the founder and leader at the helm was John R. Scholes. He later took on a partner in the business named Kenneth Cain.

John and Kenneth were some of the early pioneers in the treatment of termites and initiated the idea of Direct Wood Injections which was later adopted by other companies. Their business grew through hard work and sacrifice. As a result many more offices were opened over the years. John’s son, Gene Sr., joined the organization in the 1940s and became a Full Partner in the 1950s. When John Scholes passed away in 1967, Reliable Termite Control in Quincy, IL and Hannibal, MO continued under the direction of Gene Sr.

Gene Sr.’s two sons, Gene Jr. and Gary, had both worked for the company while attending school. Each decided to join the firm upon the completion of their education. Soon thereafter the name was changed to “Reliable Termite and Pest Control” to reflect both the growing areas of service and the rapid expansion into the pest management field. 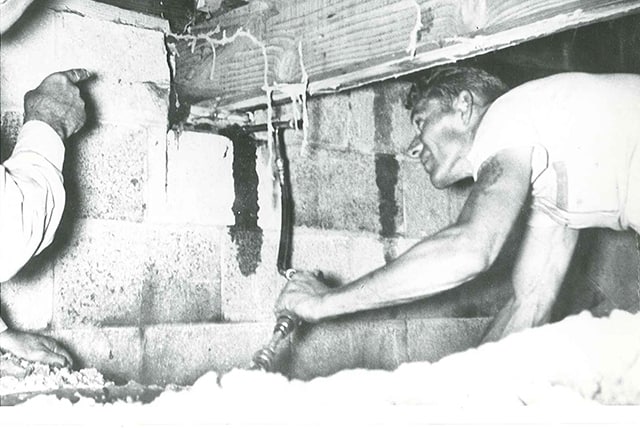 The company was incorporated in 1977 and continued to thrive and grow under the direction of Gene Sr. and Gene Jr. In 1984, Gene Sr. passed away. Under Gene Jr.’s direction, the business expanded greatly, becoming a Pest Management Business while continuing to service Termites as well. 1982 brought more family involvement when Kathy joined the organization as the Business Manager. Kathy and Gene’s two sons, Gene III and Mike Scholes are both heavily involved in the business at this time.

In 2009, Mike Scholes took over the ownership and operations. Mike continues to move our company forward and into new areas. Under Mike’s direction “Reliable Pest Solutions” has continued to expand its customer base as well as the diverse variety of services that it now offers. 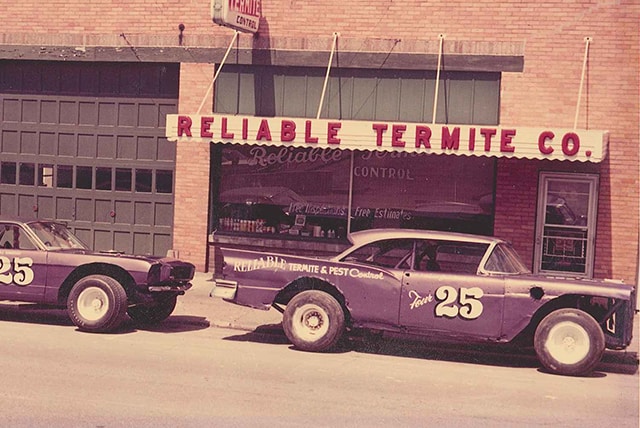 Reliable Pest Solutions now proudly serves thousands of commercial and residential customers throughout Illinois, Iowa and Missouri. Our steady, reliable and continued growth can be attributed to our primary principles: Providing customer satisfaction to the highest degree and always putting customer needs first.
We are proud to say that we are still, after all this time, a local family owned and operated business here in the tri-states. With that type of company history behind us we do not take the term “expert” lightly, especially when it comes to the treatment of termites or any pest that may damage your home, health or the environment.